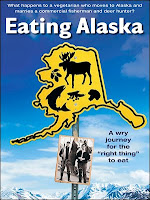 Please join Slow Food Oahu at R&D for a free public screening of two movies at R&D, the creative space of local arts organization, Interisland Terminal, which is specifically devoted to innovation and creative collaboration. On Thursday, July 26, 2012 we will screen two films about food sustainability from around the nation – “EATING ALASKA” (co-produced by local resident and Slow Food member, Shirley Thompson) and “THE SHRIMP.” The films aired on PBS stations across the US this past year, and have prompted viewers of all ages to think about their role in the food chain, our relationship to the natural environment and what it means to eat locally and regionally from your local foodshed. After the films, there will be a Question & Answer session with Shirley Thompson and a panel discussion about the issues the film raises about “what’s on your plate” and how we can reach beyond the already converted to get more people to think about the social, political, ethical and economic impacts of what they choose to eat. This event is free to both the public and Slow Food members. Free pupus will be served and R&D will have Morning Glass coffee available for purchase.

Although the event is free, please rsvp to slowfoodoahu@yahoo.com to enable us to prepare for the appropriate size crowd.

EATING ALASKA is a funny and sometimes serious film about the filmmaker’s own true experiences of being an urban vegetarian who moves to a small town in Alaska, and is confronted with the question, ‘What is the “right” thing to eat?’ She goes on a quest, and along the way meets all kinds of every day Alaskans, from deer hunting women, to Eskimo kids in the Arctic talking about their favorite Moose meat, to a vegan cooking class in Wasilla and even her own salmon fisherman husband. It’s a wry search for a meal that makes sense politically, socially, spiritually and tastefully. The film provokes dialogue about the complicated clash between the industrial food system and traditional foodways, and investigates such controversies as wild vs. farmed fishing, and toxins that may be contaminating our food. EATING ALASKA journeys from the source to the shelves, stopping in between to raise such essential questions as:

-How is food a bridge between the natural and the social world?
-What are the most healthy, safe and sustainable ways for us to be part of the food chain?
-What is our ethical obligation to the land and sea?
-What can be learned from indigenous food practices?
Trailer: http://www.eatingalaska.com/

THE SHRIMP. The commercial shrimping industry along the coasts of the American South is threatened by pollution, oil spills and consumer demand for less expensive foreign imports. THE SHRIMP is a meditative documentary film that follows the life, death and rebirth of one shrimp from the murky marshes of Savannah, Georgia. Beautifully etched images and a lush audio soundtrack create a rich observational work about coastal foodways, Southern culture, human folly and the interplay of natural and built environments. THE SHRIMP, a 12 minute film, is as unique and engaging as the people, culture and geography it follows.
Trailer: http://www.newday.com/films/The_Shrimp.html