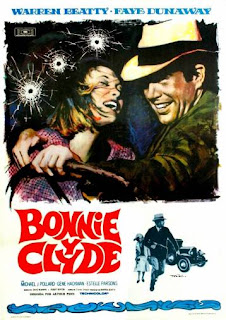 I wonder if DeDe Allen ever worried about going out of style?  For those of you not in the know DeDe Allen was one of the greatest film editors to ever live.  She had a fifty year career, and edited so many groundbreaking classic films: The Hustler, Bonnie & Clyde, Dog Day Afternoon, Serpico, Reds, The Breakfast Club. I wonder if she ever worried about staying current or relevant?

My gut said no: she was a film editor working in Hollywood.  She did one thing for her entire career.  She edited film.  But then a quick Google search revealed a great interview with Ms. Allen where she talked about editing The Wonder Boys in 2000 and how she learned how to edit digitally on a computer after 50 years of editing on film.  Old editor, new trick.

Nowadays the change of pace can be dizzying.  I began editing in 1981, quite literally with a razor blade, a splicing block and a piece of tape.  I then learned how to edit electronically on video, then with a computer using a controller with a joystick.  Then with bigger more powerful computers.  And then I went through the desktop revolution, where suddenly we were all editing on desktop computers.  Then I even began editing on a laptop. Now, we can shoot videos on our phones and upload them to the web where we can edit them with cloud-based software and publish them in minutes for all the world to see on YouTube or Facebook.  With all that technical capability in the hands of every single person, why does anyone need to hire a professional editor anymore?  And why would they hire me?

I never want to be in a position of justifying my professional existence.  I’ve always said that when people no longer value what I will do, I’ll close my doors and do something new.  But in these times of diminishing budgets, I find that the best thing is for me to continuously hone my skills and work harder learning new things in order to remain the expert.  Fortunately I’m lucky in three ways:  I love being a filmmaker, I love change and I love learning new things.  These are the qualities which I believe will keep me ahead of the curve for a long time to come.

My latest fascination is with video on the web and with social media and thinking of ways to connect the old and the new in order to communicate.  My partner Stanford Chang and I have created a company that focuses entirely on creating video for the web, and we have immersed ourselves in the social media world, schooling ourselves by creating Facebook pages, YouTube channels, LinkedIn Profiles, Twitter accounts, websites and then interconnecting them and using them to create and build new relationships with a bright, exciting new community of engaged people.  I’m even dabbling in newer and more specialized social networks:  Namesake, which is more personal in approach and less about business, Kanu, which is about social justice and community building.